get to know More about Morocco travel agency blog

about Morocco travel agency, Have you ever wondered what symbolizes the Moroccan flag? The Moroccan flag consists of a five-pointed green star on a red background.

get to know the flag of Morocco in Morocco travel agency

Let us analyze the meaning of its colors and elements:

The color of the red background on the flag since the sixteenth century represents the relationship between God and the nation. The king is descended from the Alawite dynasty of the Muhammad dynasty. Red is the color of courage, courage, strength, and solidity.
The pentagonal or pentagonal interlocking arms form a continuous broken line. Its green color represents Solomon’s seal and is known to be Islam. The star symbolizes life, health, and wisdom.
The five peaks of the Moroccan flag star are the five pillars of Islam, where the framework of Muslim life is established and they form the five main obligations of every Muslim, namely:

Shehadeh. It is the testimony of faith. “There is no god but God, Muhammad is the Messenger of God,” and his translation is “There is no god but God, Muhammad is the Messenger of God.” It is the most important pillar. I sincerely announce before two witnesses, it is sufficient to be considered a Muslim. Polytheism and idolatry refused.
Prayer. Sentence. It is the relationship between God and the believer without intermediaries. There are 5 daily prayers reminiscent of the ever-present covenant of submission and obedience to God. The prayer is led by an educated person who knows the Qur’an and is chosen by society. It can be held in mosques or anywhere, but always towards Mecca.
Zakat. Giving zakat helps those in need. Its original meaning is “growth” and “cleansing”. It consists of giving the needy groups individually calculated assistance and consists of an annual payment of 2.5% of each person’s capital.
Swan. Fasting during Ramadan, the ninth month of the lunar calendar, and the month in which the Qur’an began. It is used as a special mode of self-purification because it creates sympathy for hungry people and helps them gain self-control. They should refrain from eating, drinking, and having sex. Families get up before dawn and eat their first meal of the day until sunset, which breaks their fast with a snack
Pilgrimage. Hajj to Mecca. It is a commitment that must be fulfilled to all those who have material and economic capabilities. In Mecca, a simple two-piece white dress called a wrap is worn to avoid any distinction between the classes.
The Moroccan flag was adopted on November 17, 1915. Although it did not obtain independence from Spain and France until March 2, 1956, Morocco never adopted the French tricolor flag.

Morocco is a country located in the far west of North Africa with its capital Rabat, located on the banks of the Mediterranean Sea in the north and the Atlantic Ocean in the west, characterized by its beauty and natural scenery, it includes tourism in Morocco with its diversity because it contains many types of tourism together and historical and religious tourism.
Morocco has become a global destination for tourism thanks to its tourism components. Many Moroccan cities are famous for having the most popular tourist destinations.

There are many information that should be known about Morocco, including the following:-Rabat is the capital of the Kingdom of Morocco.-Most of the inhabitants of Morocco speak Arabic, which is the official language in the country, and they use the French language, and it is considered the second language in the country, in addition to the presence of other dialects used within the Kingdom, such as: Spanish, Berber and English in some regions.-The area of ​​the Kingdom of Morocco is 446,550 square kilometers.-According to 2017 statistics, the population reaches approximately 33,986,655 people.-The Moulouya River is one of the important sources of water in Morocco, its source is the Atlas Mountains, and it flows in the Mediterranean Sea.

Morocco is a great place for a photographer to see, a pure party of color, and a variety of incalculable landscapes that make you feel in a different country every day. On the same trip, you can find yourself photographing its virgin beaches, the Roman archaeological remains in Voulibilis, the white snowy peaks of the Atlas, palm groves of an intense green dotted by its red adobe kasbahs, the charming Chefchaouen dyed in indigo, Marrakech is known as ” The red city ”, the intense orange of the desert dunes where its men in blue (Berbers) live, or simply observe and capture with your camera how all those colors mix and to coexist to attest to the way of being and feeling of its inhabitants in the tanners’ square in Fez. Photographing Morocco is easy, wherever you look there is a source of inspiration. 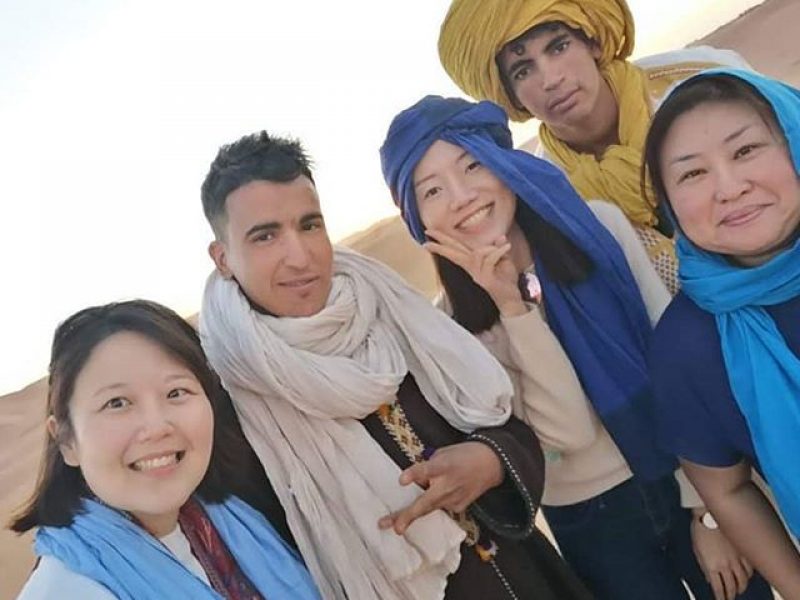 Tourism in Morocco plays an important role in the economy of Morocco, due to the stability it has enjoyed in comparison with other neighboring countries in North Africa. The Moroccan government established the first Ministry of Tourism in 1985. Tourism in Morocco is the core nucleus of the services sector in Morocco, which has a road network And Sakakia, with a length of 59,474 km and 1,813 km, and there are the most important international airports in each of: Casablanca, Rabat, Agadir, Fez, Marrakesh, Tangier, Jeddah, Laayoune, Nador, Errachidia and Dakhla. The most important ports are located in Casablanca, Mohammedia, Kenitra, Tangier, Dakhla, Nador and Agadir. The Ministry of Tourism, Air Transport, Handicraft, and the Social Economy oversees the tourism sector in Morocco.

Morocco is famous for its variety of its cuisine and its delicious cuisine that attracts tourists from all over the world, with a variety of spices, local vegetables and delicious meats, which are the main components of the Moroccan dish, which represents one of the advantages of tourism in Morocco. Whether the methods of cooking using tagine, or the use of ingredients such as couscous or chickpeas and beans, their kitchen is the founding kitchen of most of the most important habits and cooking methods in Moroccan cuisine. As for the Arab conquest in the seventh century, it affected Moroccan cuisine significantly, as the Arabs brought with them to Morocco spices such as cinnamon, paprika and ginger from India and China, and they also introduced nuts and dried fruits that they brought from Persia, which affected the preparation of dishes that combine Between the sweet and sour taste. 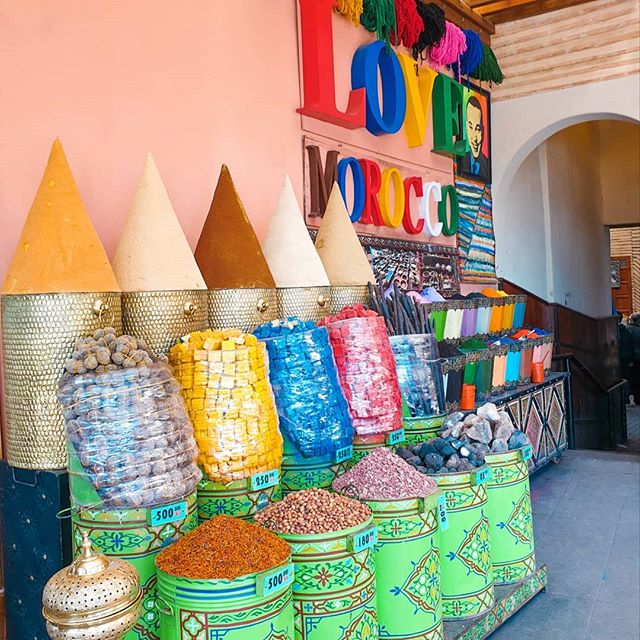 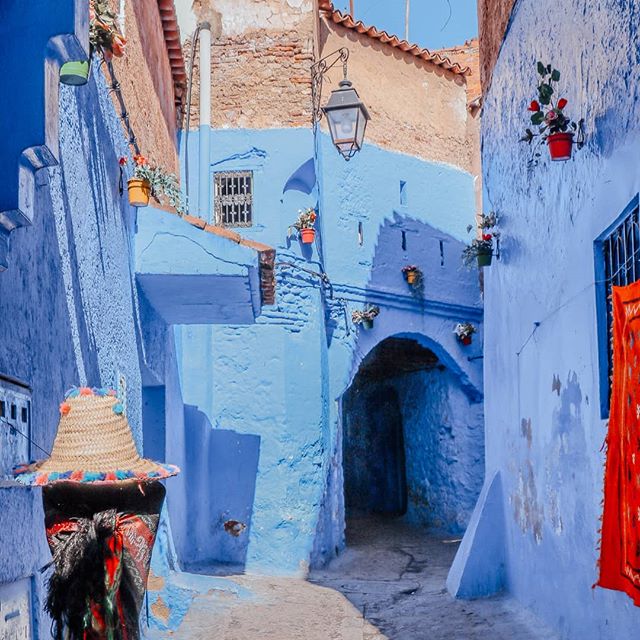 Best places to visit in Morocco 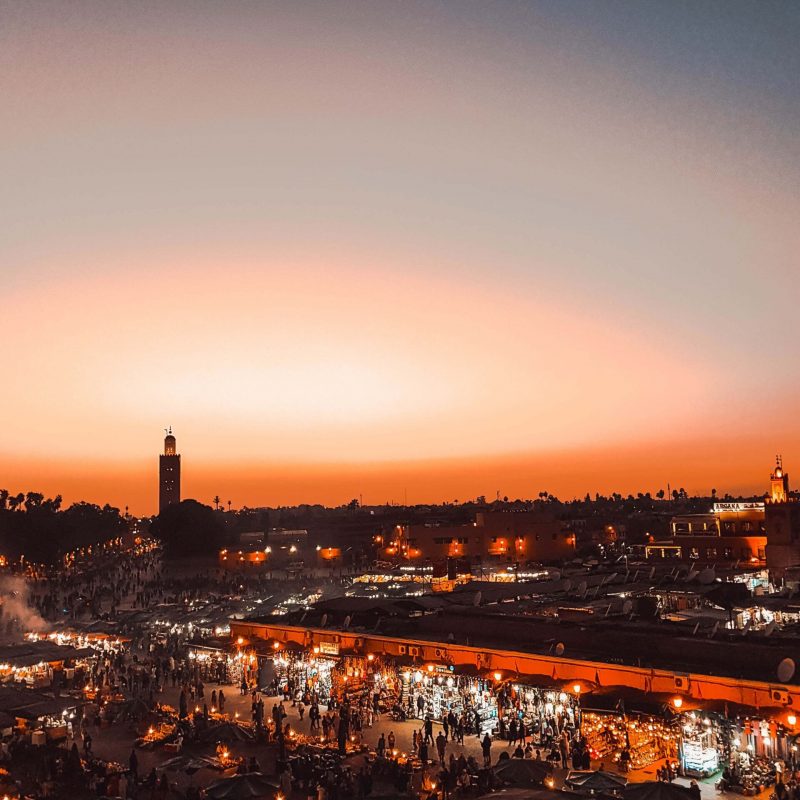 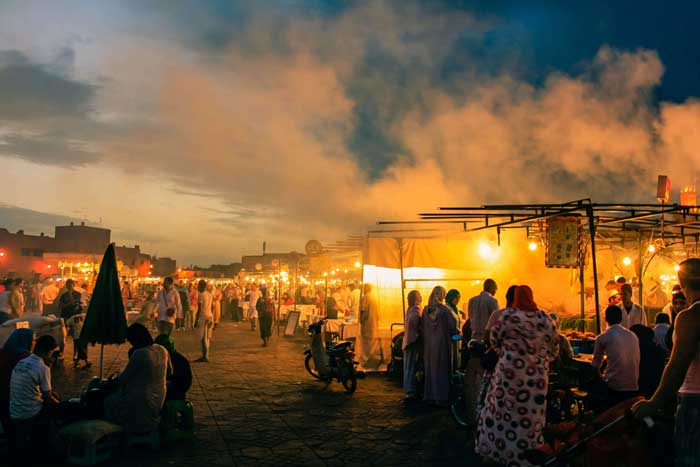 Morocco is a country loved by tourists due to its many advantages, as it is a country of nature and unique landscape tourism, located on two seafronts of the Mediterranean basin and the Atlantic Ocean, and is blessed with diversity in the climate and the diversity of its terrain, it has many charming long beaches and Fishing ports, oases, Khasis and the magnificent Atlas Mountains, all of which give tourists the possibility of enjoyment, recreation, entertainment and holiday tourism, in addition to that, Morocco enjoys the beautiful and wonderful Islamic architecture that is represented in its walls, palaces and mosques that will take you to Moroccan history. Islamic. This is what made Morocco one of the most attractive countries for tourists in Africa.

The best time to travel to Morocco

The spring season, which extends from March to May, is the best and most appropriate time to visit Morocco so that this period is characterized by its moderate and beautiful weather, and Morocco knows calm rains and warm weather and is comfortable for tourism and enjoys its beauty, during this period you can visit all the cities of Morocco from the north To the south, especially in the month of May, which gives you the freedom to choose the region you want to spend the vacation.

The best time to visit the Sahara desert

If you are planning a trip to the desert, it is better to have it during the fall or early spring, because you undoubtedly do not want to travel from your country to escape the heat to find it there, and let you know that during the months of March and April you can face some sandstorms coming from the south, known as Sirocco .