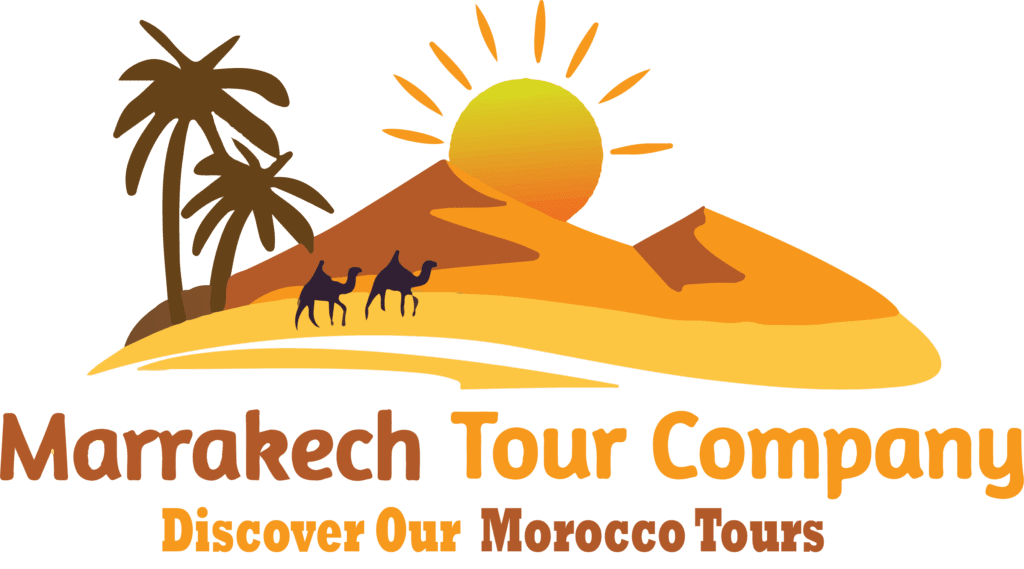 Morocco Tours from Tangier: Welcome to colorful Tangier, for centuries the gateway to Africa of Europe, the closest port city to Spain, a paradise that blends into the decoration of the pure Blue of the sky, the blue of the Atlantic Ocean, and the blue of the Mediterranean.

Tangier is an uncontrolled mixture of North Africa, Spain, Portugal, and France. Every day, ferries cross the Strait of Gibraltar from Europe, making it one of the most cosmopolitan cities in Africa.

Actually, you can spend multiple days in Tangier without getting bored. There are many cultural, historical, and colorful sites to visit, and if you have a few days, the ideal would be to take several days of hiking to discover the north, Fes, Marrakech, and the Sahara desert.

During this 5 days itinerary on Morocco Tour from Tangier, you will enjoy Morocco like never before with us. you will visit…

On these 6 Days from Tangier to Marrakech, you will Discover a millenary culture with a great artistic heritage. Get…

Discover the fascinating old Medina of Fez with a local guide, Ride camels across the Sahara alongside Berber camels guide…

Explore the blue city of Chefchaouen, its culture-traditional, and its crazy street markets, and discover the fascinating old…

NOTE: If these Tours from Tangier don’t match what you’re looking for, don’t hesitate to contact us and we will prepare the trip for your needs and requirements.

Join one of our best Morocco private desert tours from Tangier, and shared desert tours from Tangier, and savor the true essence of this vast land. Our “Desert Tours from Tangier” cater to travelers who want to camp in the Moroccan Sahara Desert and see the best of what Morocco offers during their time here. These are the most recommended and popular desert tours from Tangier. These tours include 5 days from Tangier to Marrakech, a flat rather than sandy rocky desert. The 6-day Tangier Desert tour to Marrakech and the high dunes of Erg Chebbi to Merzouga cover the Atlas Mountains, Ouarzazate, and gorges. We will take care of the planning of your visits to the desert of Morocco and your accommodation, and we will do everything according to your wishes and travel needs, and our goal is to satisfy you. Our professional travel consultants have years of experience and can offer you a tour tailored to your needs, whether a desert tour or a custom private tour of the Moroccan desert.

Tours from Tangier - Get to know More

Tangier, in Morocco, is a popular port of entry for tourists, and It’s an irresistible location. It is a bustling city of about 950,000 inhabitants, located in the extreme north of the country, which grows day by day with unbridled pace, preserving a cosmopolitan character. It is a city populated by stories, and legends, myths. Mythology is assumed to have been founded by Anteus, the son of Neptune, who gave the city the name of his wife, Tingis. History recognizes it inhabited since the Paleolithic. It was the center of inspiration for a whole generation of artists and politicians, during its time as a colonial city.

Tangier, like Morocco, has been continuously agitated by waves of western and eastern invasions. The city’s coasts have seen Carthaginians, Vandals, Romans, Phoenicians, Arabs, and more recent landings of Spanish, French, English, and Portuguese.

One of the most important tourist places in Tangier:

The Medina of Tanger has not lost its original charm despite having been modified by the great European influence during the last 140 years, in particular by the construction of numerous houses for diplomats and European personnel. It has the charm of the Arab medinas and some areas of walls with circular towers of Portuguese origin.

These are the main parts:

An old rural market, today called 9 Plaza de Abril and the nerve center of the city. It is an arena surrounded by souks and markets, recently renovated.
Main facts:

– Sidi Bu Abid Mosque with ceramic minaret from 1917.
– The Menddub Palace and La Medubia, with its gardens where centuries-old dredges and remains of canyons of the seventeenth – eighteenth centuries are found. Behind it is the Muslim cemetery.
– In front of it, is the door Bab Fahs, where the medina begins with the interesting market and the street Siagín.

Entering Siagin Street is the former Catholic Church of the Purísima, today the social center of the daughters of Charity of Calcutta. Next to it, we have Dar Niaba, the first residence of Sultan Mendub’s ambassador in Tanger in the 19th century.
In this street visit the Fondak of Shiaguin, classic accommodation before colonization.

The small souk is a small square surrounded by cafes and old hostels, located at the end of Siagin Street.
Highlights include the Tingis and Central cafes, meeting places for artists of the international era of the city. Next to the Café Tingis begins the street of the Mouahidines, the main craft sales area (see shopping in Tanger).

Near it, in the direction of the port, is the Great Mosque, located on the site of the old Roman capital and which was a cathedral in Portuguese times under the name of the Holy Spirit. Its entrance door stands out.

The walls of Tangier:

The walls of Tangiers have thirteen access doors and seven defense batteries. It is a square bastion, polygonal and semicircular towers, some watchtowers, and a way to make the round.

Following the lively street Marina, which takes us to the port, we pass through the gates of Bab el Mars or Bab et Borj Dar Dbagh, next to the old Portuguese walls. These gates were rebuilt and consolidated between 1661 and 1684 by the English and later restored by the Alawite sultans, who erected more fortifications, which can be seen in the area of the port.

Next to Bab Marsa is the Borj el Hajoui, surrounded by houses, an exhibition center, and concerts. At the north end, we will see the Tour Dar el Baroud, armed for the defense of the city, and in front of it the new Mosque of the Port.

In front of the port, we will find the mythical Hotel Continental, on the building of the old customs, where artists and politicians of the international epoch resided. It is a great place to enjoy Moroccan tea and watch the ferries coming and going in the port. Inside, it is worth visiting the breakfast room to discover the original mosaic walls and painted ceilings.

The kasaba or Kasbah is the upper area of the medina, surrounded by walls, with beautiful views of the bay Tanger and the port.
It is accessed from the Zoco Chico, going up the typical streets of the Medina, or outside, avenue of Italy.
In the Alcazaba is the former governor’s palace, Dar el Markhzen, with beautiful courtyards and gardens. Today it is home to the Museum of Moroccan Arts and the attached palace, Dar Shorfa, is home to the archaeological museum.

Completing the interest of the area is The Mosque Bit El-Mal, with its octagonal minaret, Dar esh-Shera, former court, and the Kasbah Square from where you can admire a beautiful panoramic view of the bay, in the Kasbah we can visit the Museum of Mediterranean Cultures.
To the north is Bab Kasba and the Ben Amar tower, which leads to the Marshan district.

Nearby we can visit the tombs of Ibn Batouta, and Ibn Khaldun the explorer and eminent sociologist economist of the Middle Ages respectively, of great historical mythological interest.

What are the best tours in Tangier?

The best tours in Tangier according to Marrach Tour Company travelers are:

is 6 Days tour from Tangier enough?

six days tours from Tangier is enough to get to know one of Morocco’s main regions with an extra day or two for an extra activity or a quick one-day trip. Consider a desert tour with time in Fez, or if you’re traveling in the hot summer months, combine the imperial cities of the north with a short walk.

Is it safe to travel to Tangier Morocco?

Is Morocco a safe country? Morocco is a safe country to travel to provide you with an understanding of its laws and cultural customs and adhere to the status quo. Their crime rates are relatively low, but they are aware of the scam of artists and pickpockets that may be common in Morocco.

What are the three things Tangier is known for?

The best attractions in Tangier:

the most chosen tours