2 days tour from Casablanca to Marrakech

2 Days tour from Casablanca to Marrakech

In this 2 Days tour from Casablanca to Marrakech, We will explore the cultural and historical area of ​​the most tourist city in Morocco, the Red City Marrakech. Places to discover Menara Garden, Bahia Palace, Koutoubia Mosque, Jamaa El Fna, Majorelle Gardens, Souk, and the Medina of Marrakech, It is the most popular city in Morocco, and it is the fourth largest city in the country. It also contains a variety of historical sites and modern areas, which includes two regions. it is distinguished by its interlocking passageways and its shops full of character, then we will back to Casablanca.

+ Drive to Marrakech with transport: car of 4×4/Minibus
+ Visit Marrakech
+ Visit the historical monuments: Bahia Palace, Ben Youssef madrasa, El Badi Palace flanks the east side of the city
+ Explore Tanneries in Marrakech and passing the Royal Palace
+ We take the way back, arriving in Casablanca on the outskirts of the city

After we meet in the place we had agreed … we will start this 2 Days private tour from Casablanca to Marrakech to discover the best of the best of the beautiful red city, the most historical and cultural places to visit are: Menara Garden, Koutoubia Mosque, Old Town and the popular place of Jemaa El Fna is one of the best-known squares. in Africa and is the center of activity and commerce of the city. It has been nominated as a UNESCO World Heritage Site since 1985. Souk (Traditional Market) and Craft Barracks. The night will be in a Riad or a hotel in the Red City.

Day 2: Highway from Marrakech to Casablanca

After breakfast, we will start our second day to visit the historical monuments: Bahia Palace, Ben Youssef madrasa, El Badi Palace flanks the east side of the city. the Kasbah. It was built by the Saadian sultan Ahmad al-Mansur after its success. against the Portuguese at the Battle of the Magi in 1578 and explore Tanneries in Marrakech and pass the Royal Palace. After lunch visits the Majorelle Gardens. Then we take the way back, arriving in Casablanca on the outskirts of the city. 07:00 pm. end of the 2 days tour from Casablanca to Marrakech. 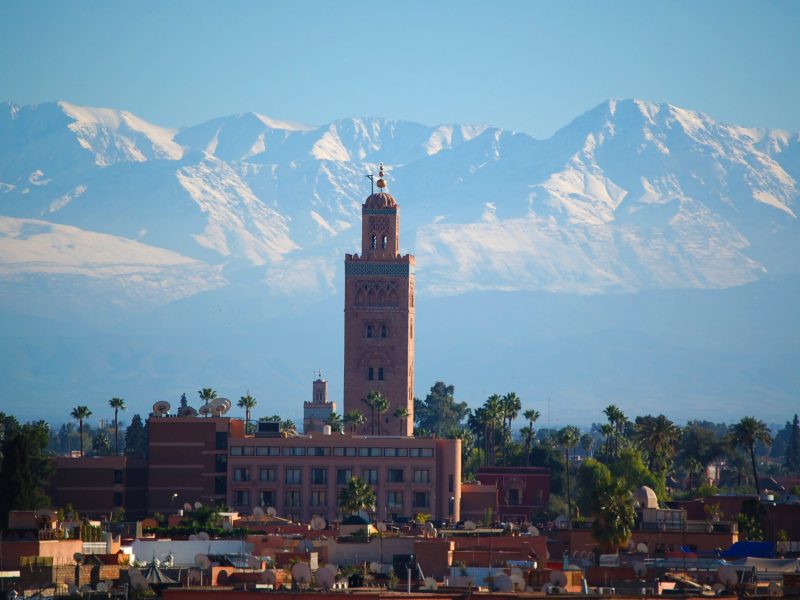 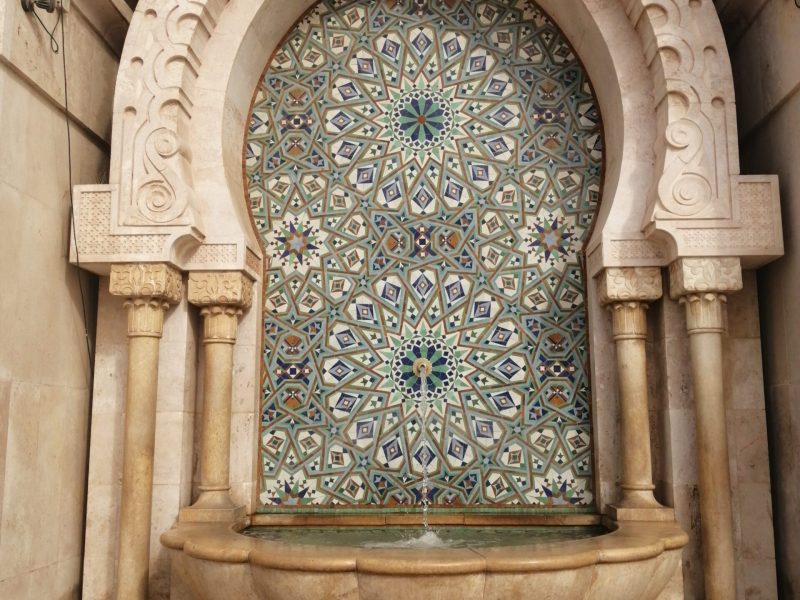 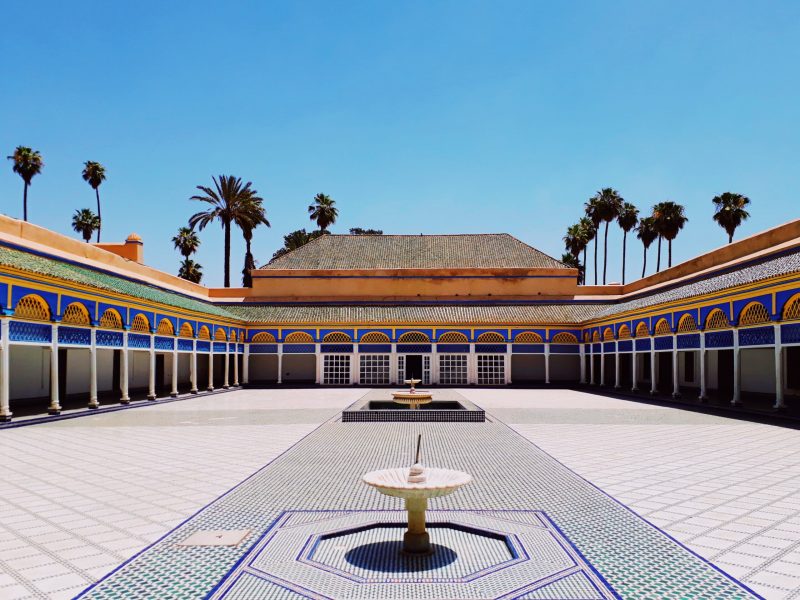 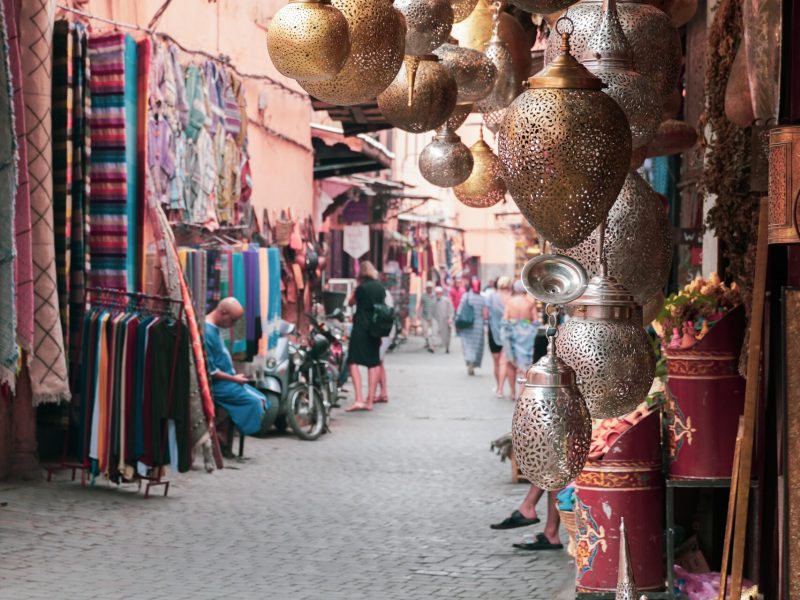 If this private 2 days from Casablanca to Marrakech does not match what you’re looking for, Contact us and we will prepare the trip to your needs and requirements.

We found the MTC travel agency at the last minute, the day before our trip. I emailed Said around 10 p.m. and he responded immediately. Our guide + driver, Hassan, is a very nice guy who explained everything to us on the road. He is also fluent in French, Spanish, English, and Arabic. Because we are a private tour, our time is flexible, you are ready to stop at any time if necessary. He is also good at photography, taking good photos for me and my friend. We enjoyed our 2-day trip from Casablanca, we enjoyed the city of Marrakech. The hotels are good, the food is good, and the people are good. Recommend to everyone.

Highly recommend this private tour 2 days from Casablanca to Marrakech.

Hassan was the highlight of our trip to Morocco. He went out of his way and made sure we had everything we needed for our stay. He is an honest and sympathetic person. We had fun joking for the last 2 days from Casablanca to Marrakech. He gave us a lot and worked very hard with his friend Said, who showed us around. They really showed us Moroccan hospitality. In fact, they treated us like we were their family visiting the country.

Our guide said it was fantastic. He was very kind and caring and looked after us all the time. He did more than what was required of a guide. He has a very nice personality, speaks fluent English and I highly recommend him. It’s a good idea to have the What’s app on your phone to easily communicate with her.
Don’t hesitate to book a tour with Said!

Marrakech is one of Morocco’s third-largest cities in terms of population density, and the fourth in terms of area. The city is full of commercial shops that attract tourists and are also known for its beautiful gardens, large mosques, and historic buildings of an ancient Andalusian character. Here we will find the most important locations and places to visit from archaeological sites to shopping sites and the quality of food that can be served there.

The Old Town Market is an attraction in the city, with many markets, such as Al Babouj Market, Shawwara Market, and Al Atarin Market selling perfume and spices, and the Shiratin Market for leather, located west of the main market area at the end of the street tannery Marrakech.

El Koutoubia Mosque is the most famous teacher in Marrakech with its minaret, which rises to seventy meters, and can be seen miles from each direction. The mosque was built in 1162 and is one of the great achievements of unified architecture. It is worth noting that non-Muslims are not allowed inside the mosque itself.

The Ibn Youssef School was built in 1565 by Saadi, Morocco’s largest school of Islamic education. It brings together groups of students in the form of small indoor arenas designed in the model style of Islamic architecture. It also includes many technical aspects, such as The cedar-wood inscriptions, and the Kofi inscriptions used as decor in the interior of the courtyard, making this city one of its most beautiful buildings and attraction.

The Saadi shrine dates back to the 16th century, home to sixty-six members of the Saadi dynasty, which ruled Marrakech between 1524 and 1668, in which the ruler and his successors, close members of his family, were buried, and Saadi cemeteries were reportedly blockaded by Alawite successors and discovered in the early 20th century.

Bahia Palace is one of the most important historical monuments in the Moroccan city of Marakesh, and it is characterized by its traditional and elaborate architectural design, which means a large number of tourists. To roam the minors’ facilities, see gorgeous decorations, colored floors, huge water fountains, plus wooden sculptures, particles made of plaster.

Jemaa El Fna (English: Jemaa El Fna) is an old field where people were previously executed in front of the public, hence its name, and today it represents one of the most vital areas of Marrakesh; Where there are so many restaurants, and businesses, great music shows, and it’s been on the World Heritage Board for two thousand and one years.

French painter Jacques Majorelle has spent almost 40 years building Majorelle Park, now regarded as one of Marrakech’s most popular tourist attractions, featuring quiet rivers, small corridors, and more than 300 species of stunning plants, and one of the favorite destinations for quiet loving people.

How many days are enough for Casablanca?

What is Morocco's largest city?

Of these 50 towns, Casablanca is the largest city in Morocco with a population of 3,343,642. According to the statistics of 2014, the oldest Moroccan city is Fez a thousand and two hundred years. The city was founded eight hundred and eight years. It was established to become the capital of the Adriatic State, Marrakech is Morocco’s most tourist city.

Why is Marrakech nicknamed Red City?

The red walls of the city, built by Ali Ben Youssef Ben Tashvin in 1122-1123, and the various buildings constructed from red sandstone during this period, gave the city the nickname “Red City”.

What is the distance between Casablanca and Marrakech?

Distance from Casablanca to Marrakech